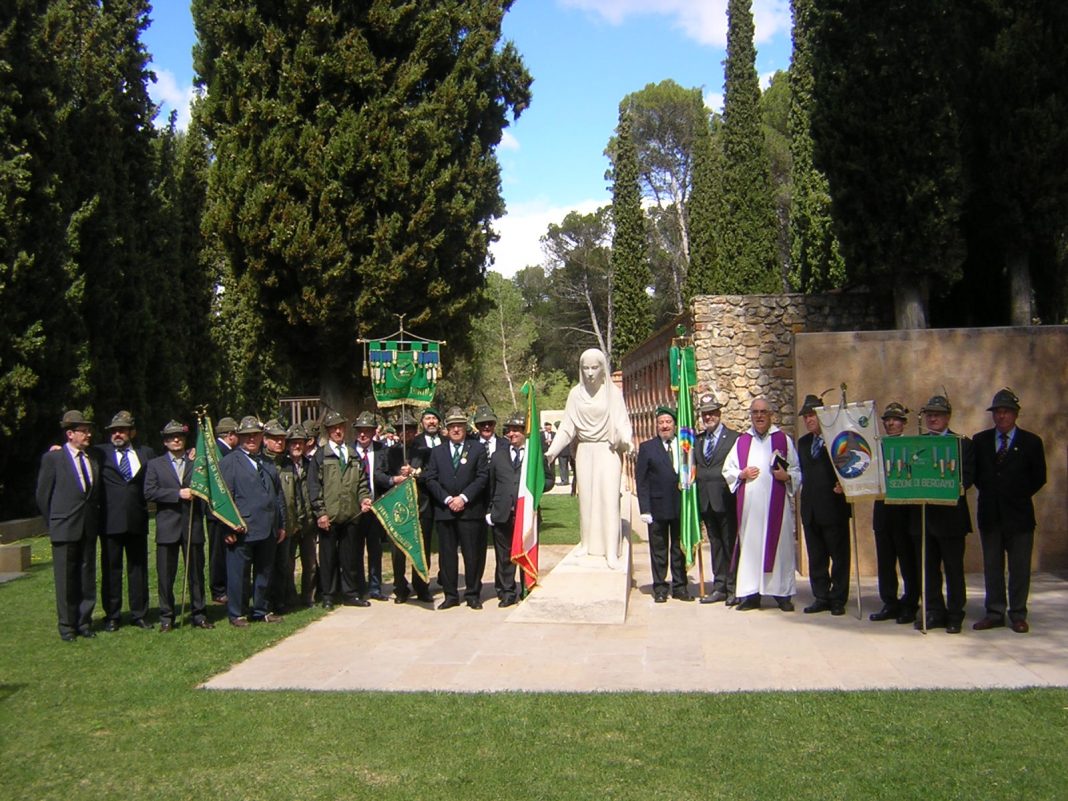 In 2010, commemorating the first centenary of the Monastery of Santa Maria of Bellpuig of Las Avellanes, there is a mausoleum that honors all the soldiers of both sides who died during the civil war, when, at that time, at the monastery’s dependence there was a military hospital on the Segre river front.

The mausoleum was recently renovated, a deep crack was created on the new wall, representing the fighters who had fratricidal fights 74 years earlier.

On April 7th, 2018 the Lleida Mountain Veteran Artillery (Asociatión Artilleros Veteranos de Montaña) organized a day, together with the invitation of civil authorities, local military, regional and international IFMS associations, to gather at the Monastery for a memorial ceremony, with the celebration of the Holy Mass and the deposition of a wreath of flowers at the burial, with the aim of paying a tribute to the people who died in those tragic days and the confidence of having made a generous act in memory of all those who have suffered to give us peace and freedom, who have served their homeland with loyalty and honor.

At this important ceremony, by order of IFMS Secretary General Renato Genovese, the International Federation of Mountain Soldiers with the Flag of the IFMS Commission and the National Alpines Association represented by the National Councilor Lino Rizzi were present, right after the Standards of Bergamo and Turin, accompanied by 19 alpine members of the sections of Bergamo, Gorizia, Turin, Udine and two Alpines Spanish citizen.

The President of Lleida Mountain Veteran Artillery, Esteban Calzada, because of the delicate situation in the Catalan region, has decided to abolish the ritual speeches but has not forgotten the brotherhood with the National Alpines Association and rewarded with the title of “Mountain Artillery Honorary Veteran of the Section of Lleida” Mr. Renato Cisilin of the Gorizia Section.

We attend these important events as men who have played in mountain areas who are persuaded that these actions will endorse the aims of the International Federation of Mountain Soldiers, in keeping alive the memory, values and history and to pass it on to future generations.