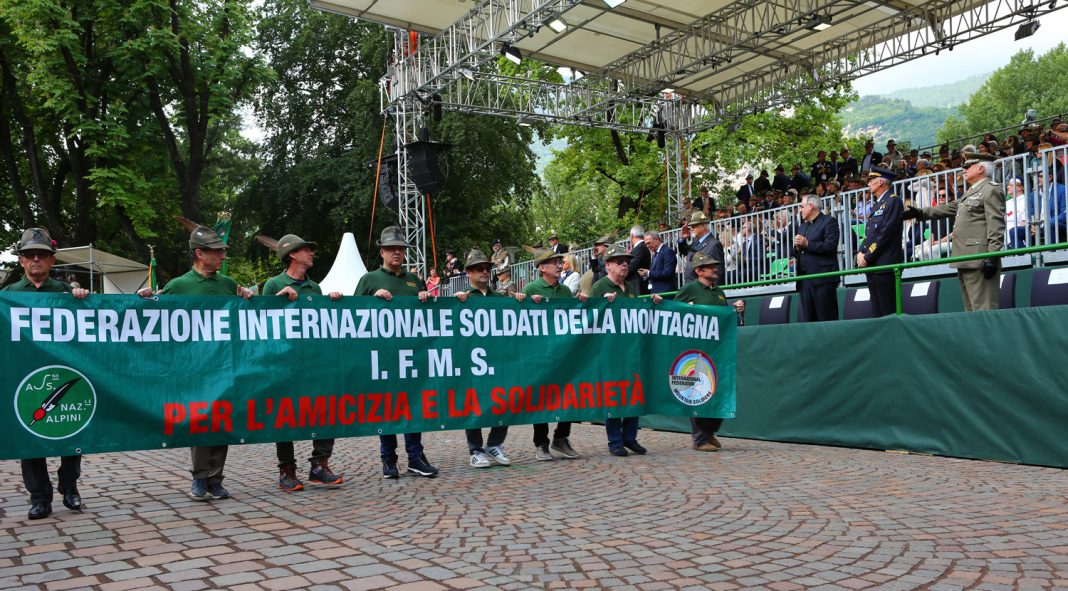 On the centenary of the end of WW1, the Alpine festival culminated with the traditional parade and on this occasion the President of the Italian Republic, Sergio Mattarella, attended the event.

Welcomed by the President of Alpine National Associaton, Mr. Sebastiano Favero, President Mattarella followed the first part of the parade from the stage of the authorities. Next to him there were the Italian Senate President, Sen. Maria Elisabetta Alberti Casellati, the Italian Ministry of Defense, Sen. Roberta Pinotti, the Chief of Defense Gen. Claudio Graziano, the Army Chief-of-Staff Gen. Salvatore Farina and the authorities of the territory, including the President of the Province Ugo Rossi and the Mayor of Trento Alessandro Andreatta.

It was from 1998 that a President of the Republic did not attend to the parade and Pres. Mattarella received the honors of an armed stake of the 2nd Regiment Genio Guastatori, while the Frecce Tricolori darted in the sky of Trento.

The parade, which began at 9.00 am, was opened by a banner with the motto of the 91st Adunata: “Nothing is impossible to the Alpine”, followed by: “Remembrance Gathering for Peace”, to recall the message that the Alpine Association, in the centenary of the end of the Great War, wanted to characterize the whole event. This was also represented by the picture chosen for this happening: a dove, symbol of peace, unity and reconciliation.

Finally, the Alpine section of Trento marched in the parade with the banner guided by the President Maurizio Pinamonti. It was followed by the leaders of the Organizing Committee, headed by Renato Genovese, IFMS General Secretary.

The handover between President Pinamonti and President Luigi Boffi has closed the parade and will bring the Alpine yearly Meeting to Milan next year.