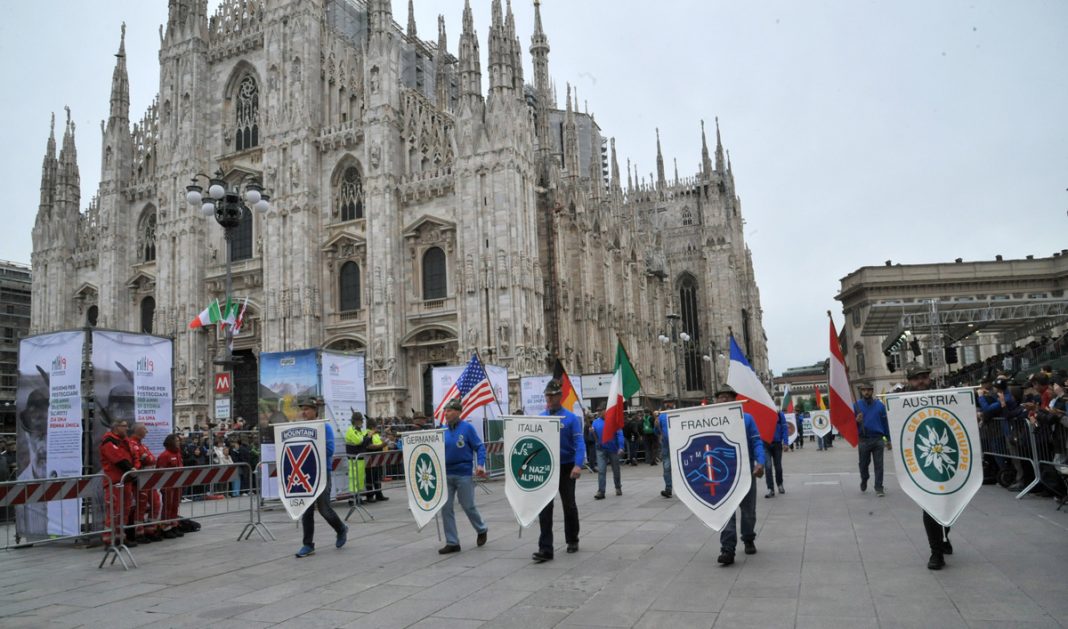 It is not easy to explain the emotions that an “adunata”, a traditional annual alpine meeting, can stir up for those who attend, who work or who simply attend it.

Perhaps because nowadays some way of thinking, some words, some assertions seem ancient, old-fashioned, distant. Supporting with strength the attachment to the Flag, to the country, to fellow countrymen, all this seems timeless.

On the contrary they are sound convictions according to Italian alpines, not for the nostalgia due to age but because of the conviction that a solid house rests on a sturdy foundation.

On this ground there is IFMS too that, with its 10/11 members (Austria, France, Germany, Italy, Montenegro, Poland, Slovenia, Spain, United States of America, Switzerland and latest Bulgary to be confirmed) best represents the wish for internationalization of the world’s most parochial soldiers: the mountain soldiers.

Eight out of eleven members of the IFMS Federation took part the three days in Milan, we regret the absence of American and Montenegrin delegates: it was a pity because the event was again a chance to get soldiers of different Nations together, soldiers who have a common denominator: the slant of the slopes, the weariness and sweat that the mountain imposes, the cursing that sometimes slips, in different languages but with equal commitment and meaning, the sense of duty, the equal pride of belonging to an extraordinary group.

At the end of the parade, in the usual chaos of the event, hugs and handshakes but amongst everybody the wish to get together again in order to share peaceful moments.

See you at the September Congress in Poland.