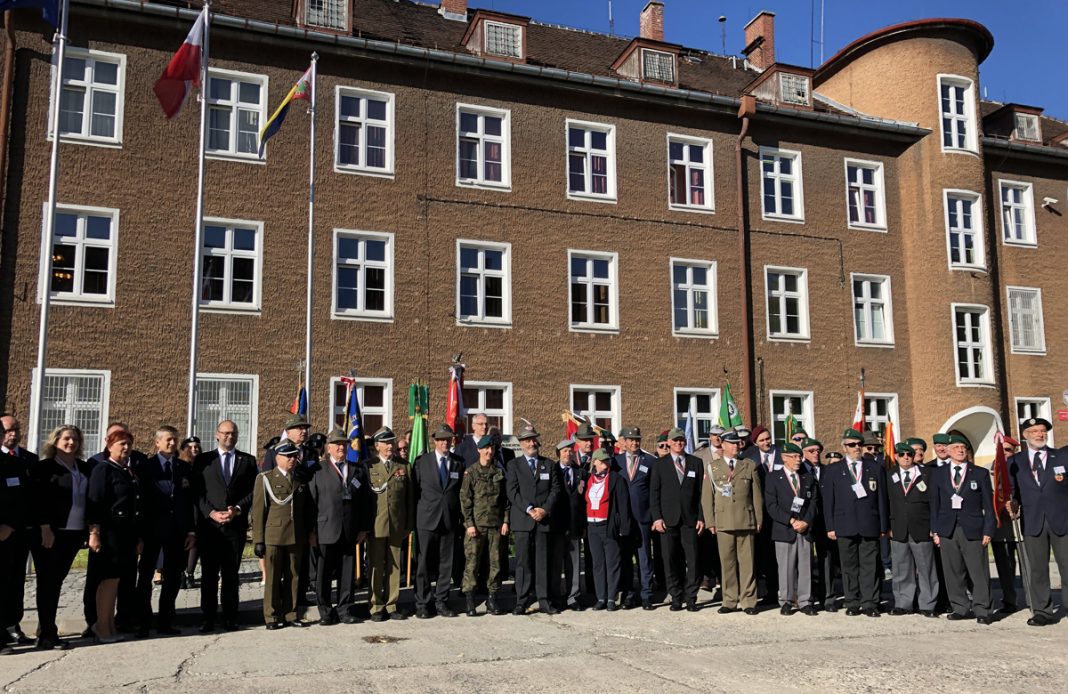 Might there be any dialogue among soldiers on leave who, long time ago during different wars, beat each other?

Facts says “yes”: participants who attended the IFMS Congress held in Poland, in the town of Polanica Zdrój, headquarter of the Mountain Military School and of the Carpathian Mountain Infantry Battalion (translated by the author), agreed on how important it is to share time when the themes of mountain soldiers are focused.

The suspension of the national service is the main problem for representatives of IFMS Members but also budget cuts, weakening of ideals among young people, little connection between retired military personnel and non retired and with civilians.

Italian delegation entertained with all IFMS representatives and mentioned, during the opening speech of Secretary General BG Genovese, the sacrifice of the Poles at Monte Cassino.

The program was very intensive and included in-depth moments on the knowledge of places. Also important was the preparatory work carried out by the Polish, headed by Wojciech Lyskiewicz, Chairman of the Association of Soldiers and Friends of the Mountain Troops “Karpatczycy” and also remarkable has been their hospitality.

Italian delegation proposed both the participation of IFMS Members representatives at the “Alpiniadi” and the reactivation of the “IFMS day”.

The debate will take place in the respective offices and it will be summarized via e-mail in a short time. There is still a long way to go, but the concept is high, many ideological barriers fall in the mountains, the desire for peace and collaboration remains, net of fatigues, sacrifices and conspicuous tribulations, the orographic slopes can unite too.

The official moment has seen the granting of certificates of merit to some associates: Manfred Löffler for Germany, Miladin Čogurić for Montenegro, Dariusz Chojecki for Poland and Miguel J. Calzada for Spain. Italian President of A.N.A., Sebastiano Favero, was rewarded because of sensitivity shown towards the Federation. He, not being present the certificate will be given at timely opportunity. Next year it will be the turn

of Germany, the Germans are highly motivated and are already preparing to welcome the 10 delegations in their own way. Italy, through A.N.A. will be well represented and being faithful to the motto: “there is no impossible for the Alpini” it will overcome the barrier language, since mountain unites.